A collection of 40k heroes...and you know it, more tutorials. 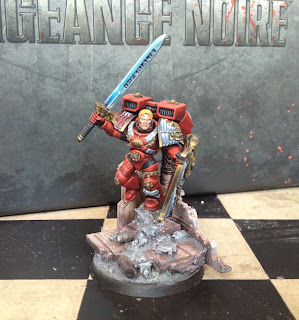 Back from the grave to show off the collection of random minis I painted. 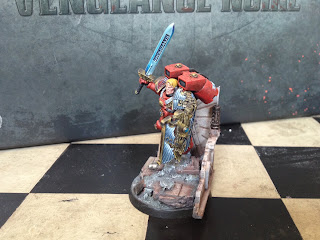 Starting off with this pimped out blood angels smash captain.
Using the vangard veterans kit, a head from the deathwatch sprue, as well as a custodes shield for that extra snazz.

If you wish to reproduce how I painted the red armor, here's the tutorial(in french):

The white parts were also painted using this tutorial(also in french):

This next model was also created using these two kits (vanguard and deathwatch)
Tried to come up with an original chaplain conversion intended for my dark angels. 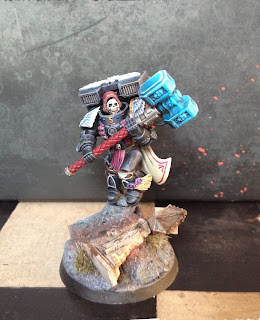 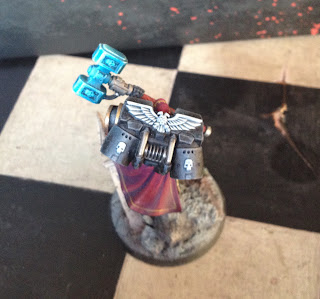 Not much to say about this guy other than your conversions and paintjobs don't always end up how you hope...but they always end up being unique! ;)

Moving on to a shadowseer for my harlequins. 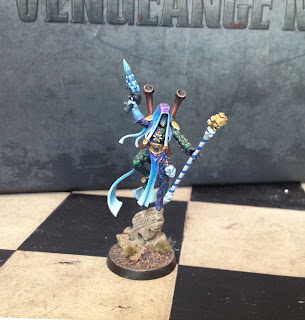 Not quite sure about the scheme I chose for this one, went kind of off-the-colorwheel with my choices(painter jokes) but hey if you're not doing it with harlequins, then when are you going to!

Finally I've been giving a try to some orks from my favorite klan: the bad moonz. 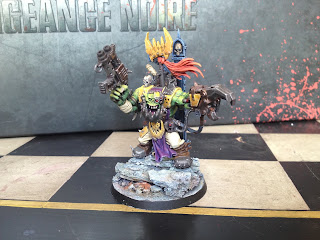 This warboss is a slight conversion of the one from the assault on black reach box-set.
Moved the head around (gave him a neck), and added an iron jaw from my bitz box. 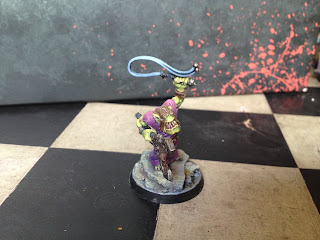 I was looking forward to repaint this old metal runtherd when I found him in my bitz box as he is one of the first models I ever owned.

A double spaying technique(black then zenithal white) then some GW yellow wash were used to get started on the skin for these guys.
The yellow armor was shaded with browns and the purple highlighted with magenta.

Tau objective and some tutorials

Hey fellas, Malthus speaking and coming in hot with some hobby tips. Sharing is for the brave, so here are some of the tutorials have co... 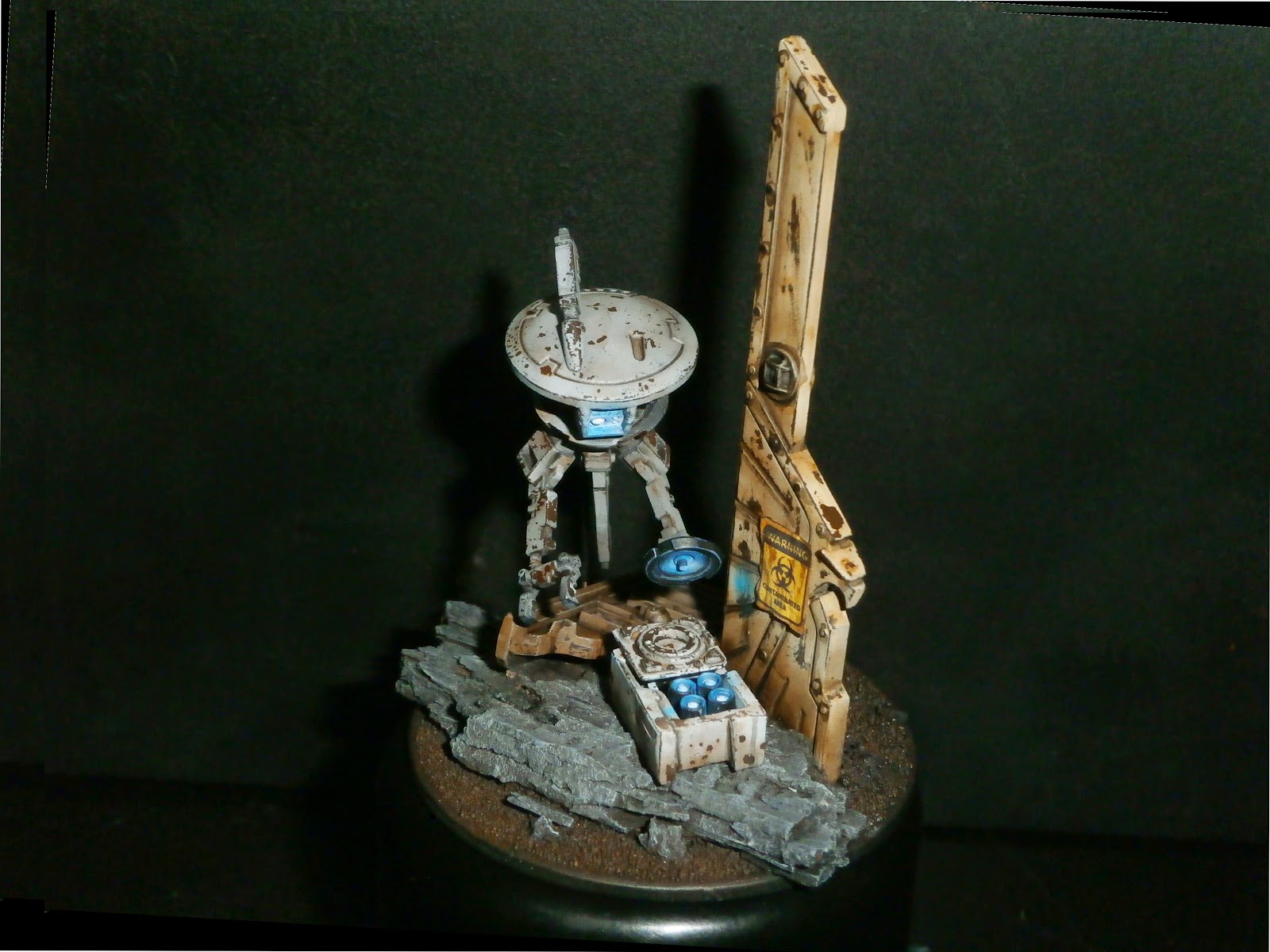 Malthus
France
I'm a 30-some year old Franco-American and have been into 40k for over 15 years now. I enjoy gaming as well as building and painting models. This blog is a collection of some of my completed works as a hobbyist as well as any article I dare to post on the interwebs.